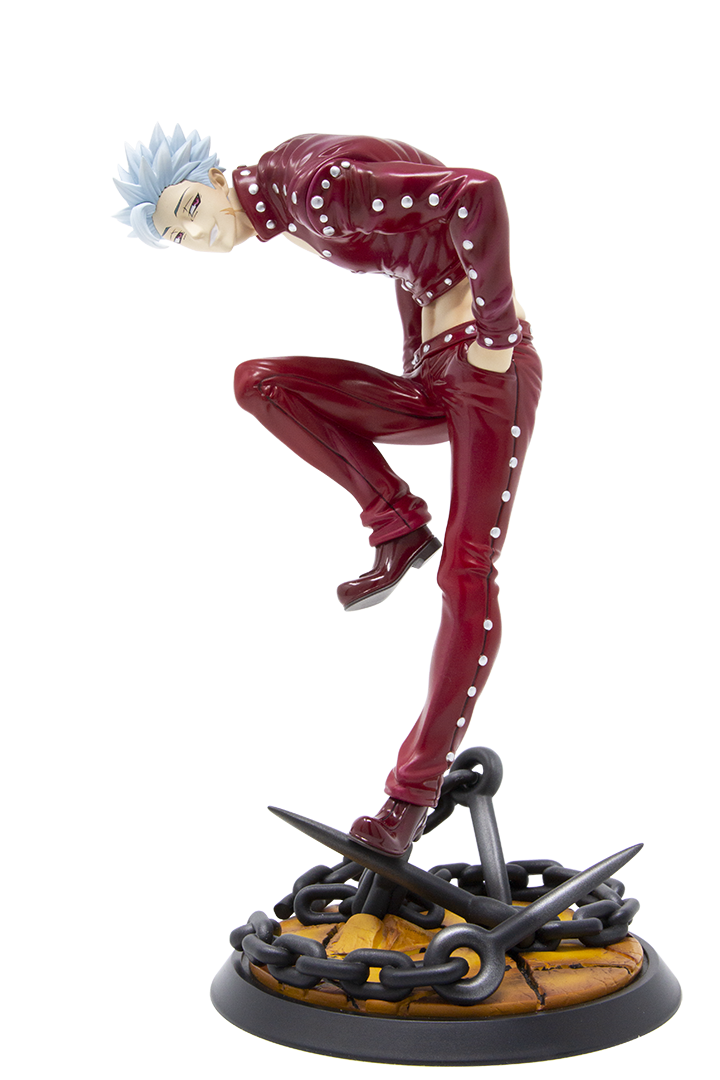 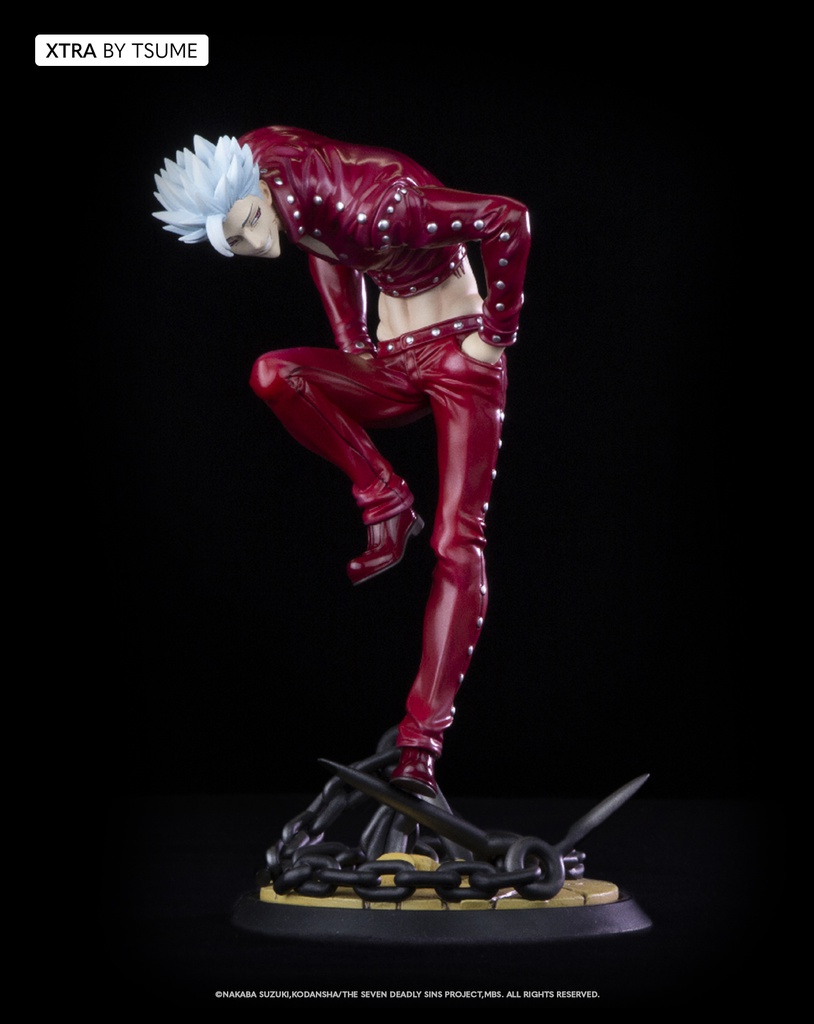 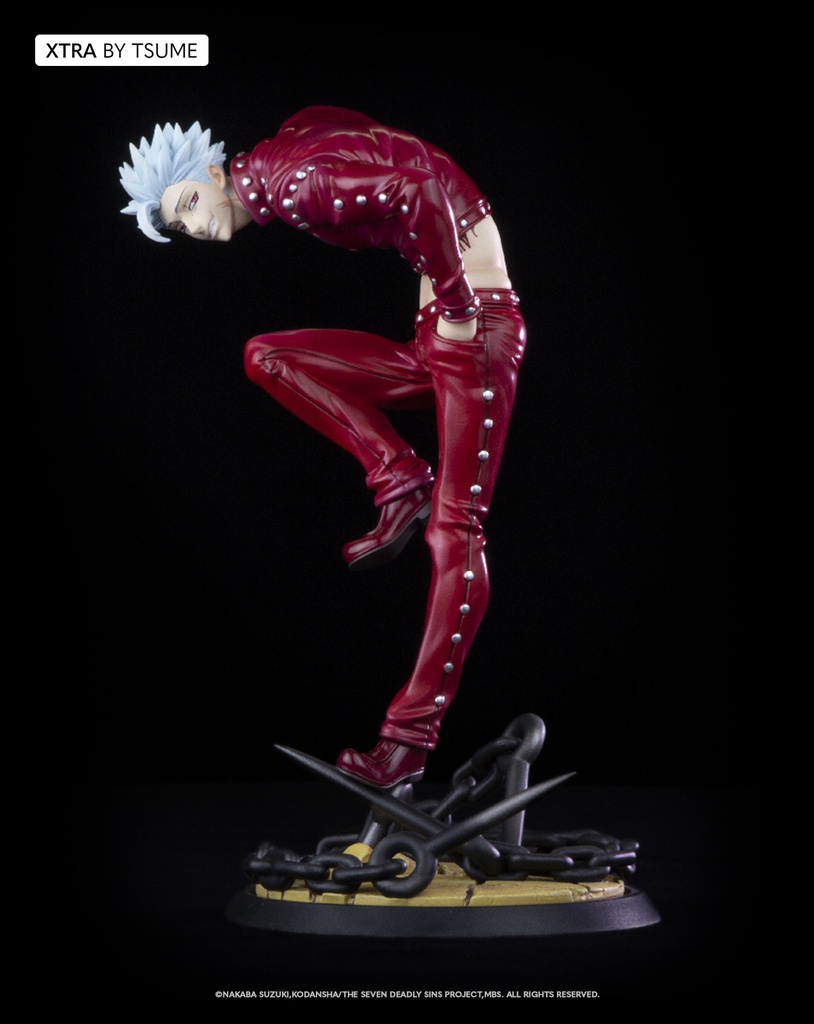 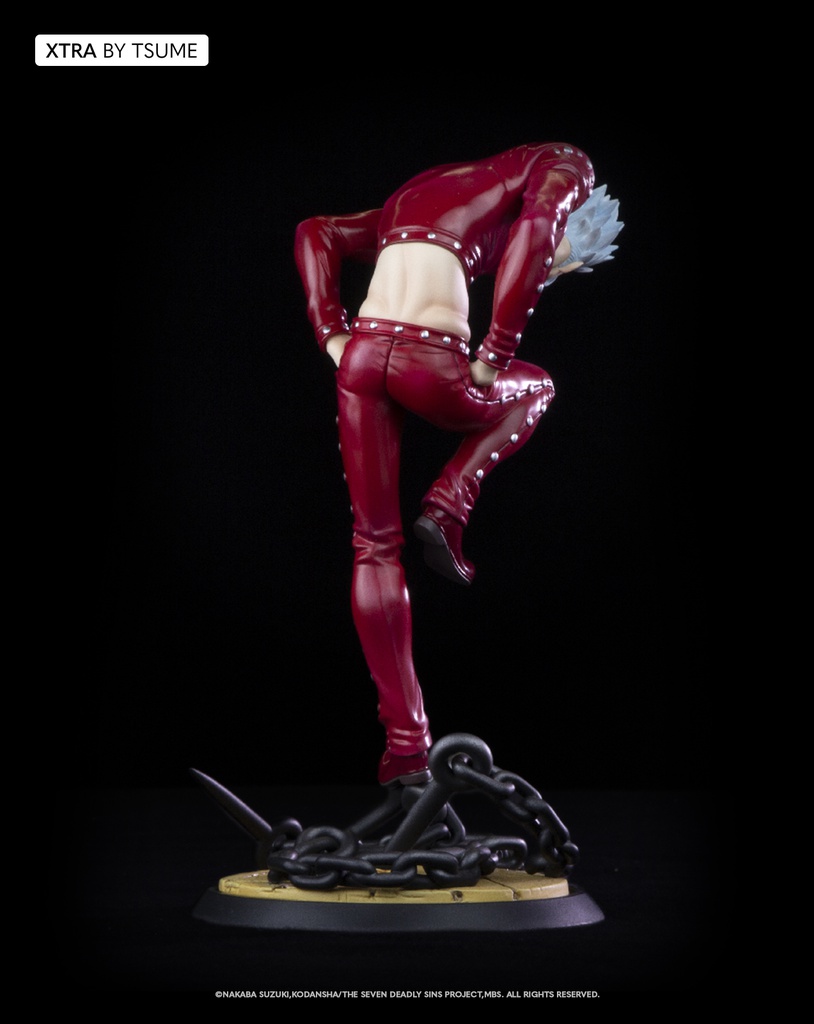 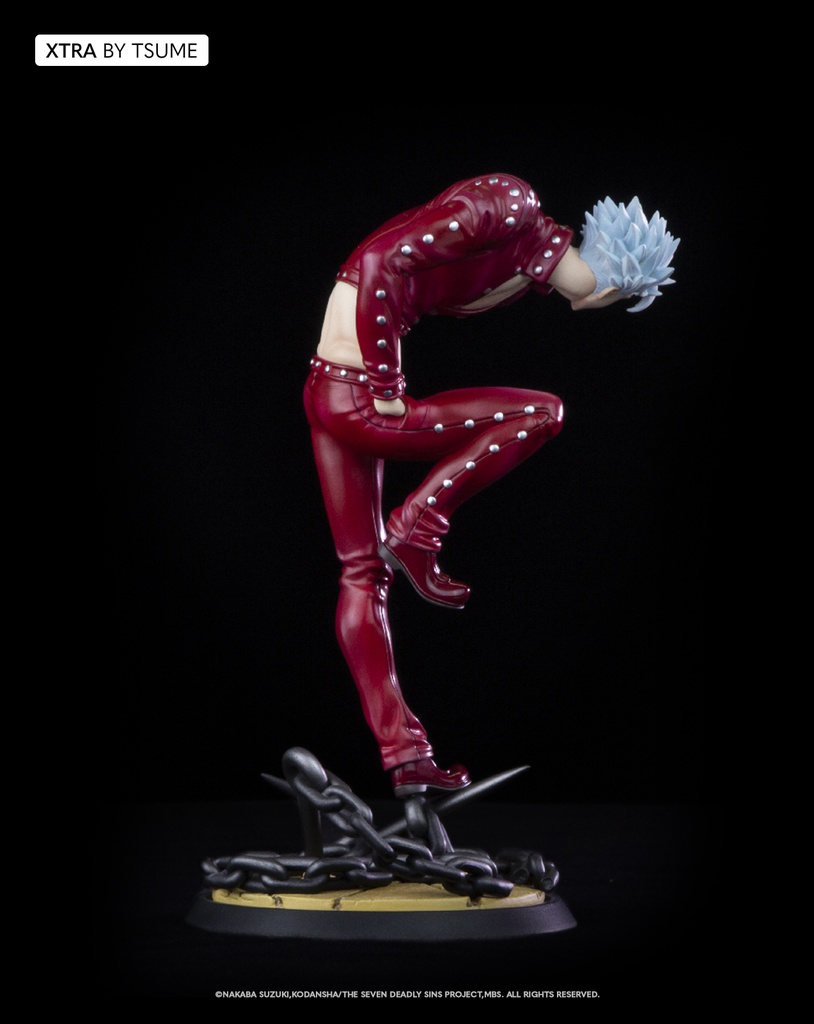 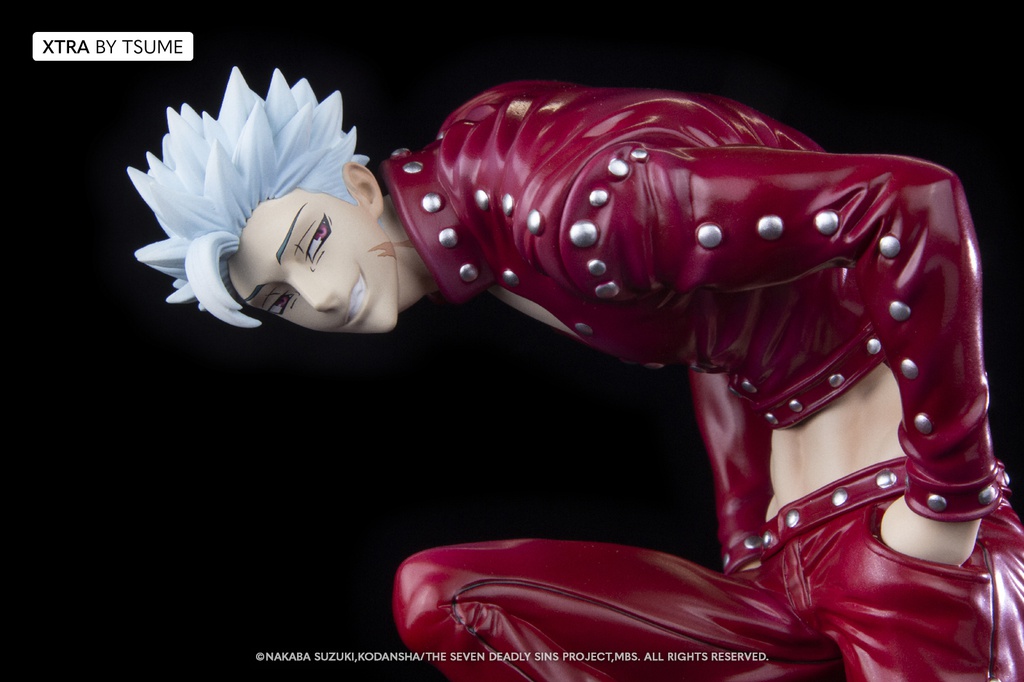 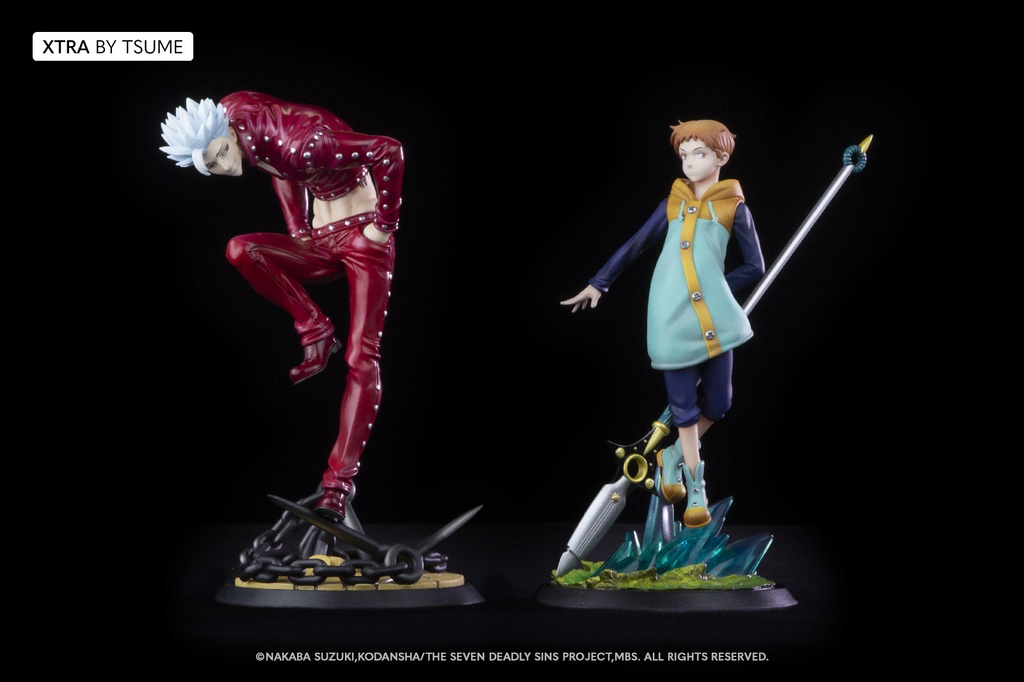 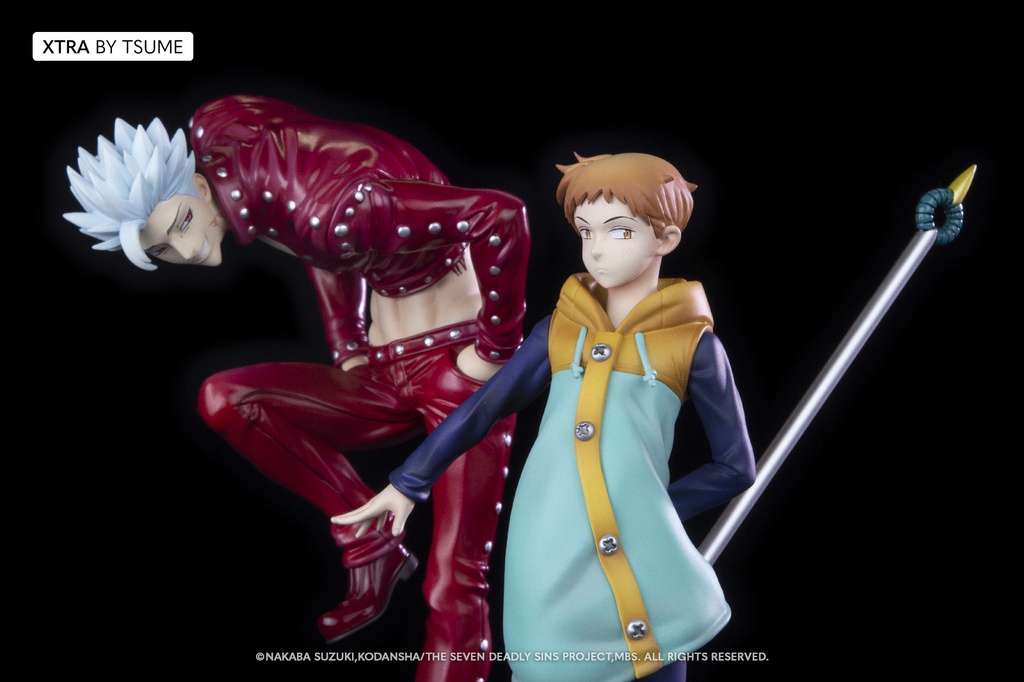 This Xtra figure by Tsume of Ban, the Fox of Greed from the Seven Deadly Sins, reflects his playful and cunning personality. Indeed, we see here the Snatch’s master while he hast just escaped from his cell in Baste Prison, thus creating panic among the guards.

He wears a cynical expression on his face, trampling on the broken steel chains of the prison from which he escaped. The former inmate displays a sly smile, as we see his playfulness in his blood red eyes. If his light blue hair, their white highlights and his very pale complexion highlight his feline and sneaky look, it is also the case of the scar on the left side of his face and neck caused by Meliodas, one of the reasons for his escape.

The reckless hero has a slim silhouette and perfectly shaped muscles. He wears a short, studded red jacket which he leaves ajar allowing us to distinguish the fox symbol placed on the left side of his waist. His pants and shoes with a satin finish perfectly match his jacket. His nonchalant posture and attitude speak for themselves, a folded leg, curved back, hands in pockets, sidelong glance and smile to the ears, there can be no doubt: the Snatch’s master has struck again!